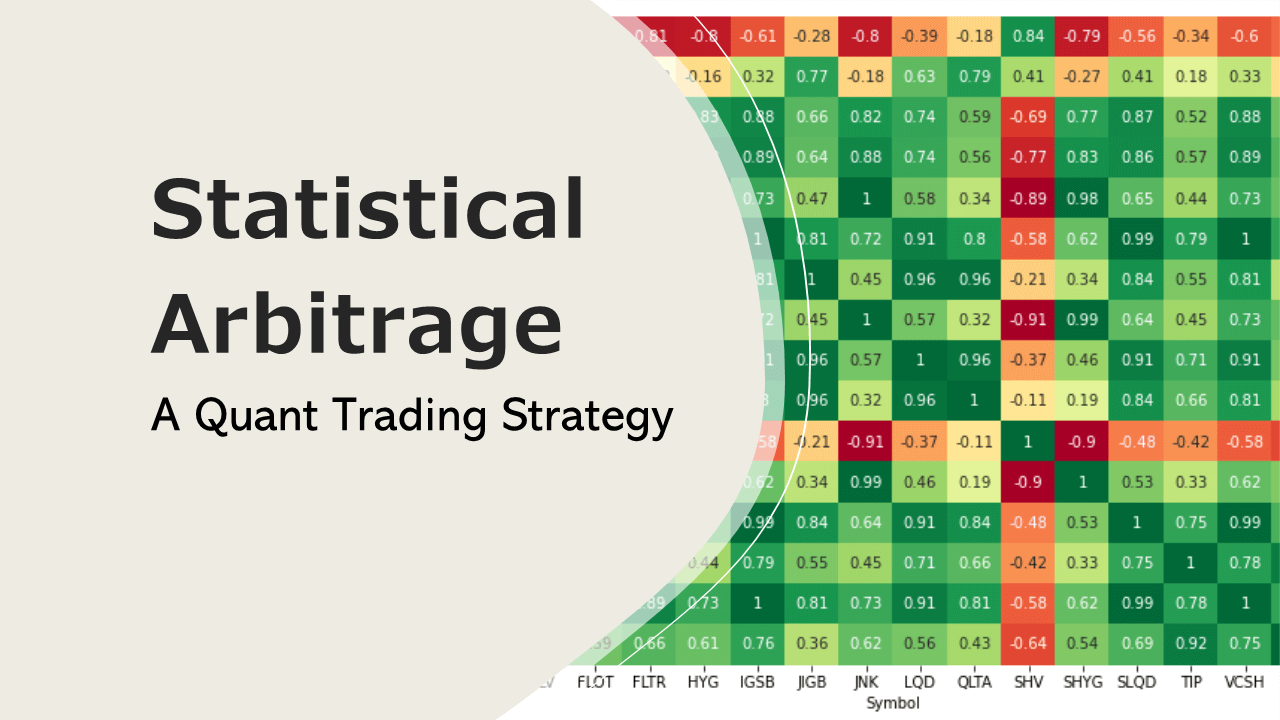 Pairs trading is popular due to its simple approach and effectiveness. At the heart of the strategy is how the prices of two assets diverge and converge over time. Pairs trading algorithms profit from betting on the fact that spread deviations return to their mean.

One of the more notable hedge funds that implemented a pairs trading strategy was Long Term Capital Management. The company was founded in 1994 by John Meriwether, the former head of bond trading at Salomon Brothers. Members of LTCM’s board of directors included Myron Scholes and Robert C. Merton, who shared the 1997 Nobel Memorial Prize in Economic Sciences for having developed the Black–Scholes model of financial dynamics.

LTCM was initially successful and a bright star on Wall Street at that time, with annualized returns (after fees) of around 21% in year one, 43% in year two and 41% in its third year. However, in 1998 the fund lost a staggering $4.6 billion in less than four months due to a combination of high leverage and exposure to the 1997 Asian financial crisis and 1998 Russian debt crisis. Why are we telling you this? Well, before diving into the details of the strategy we want you to be aware of the risks involved in such a strategy. Market events as well as poor statistical modeling and parameter estimation may all erode potential profits.

You must therefore take into account three important factors:

Depending on the pair you trade you must define market events that can make random departures from equilibrium pricing between two assets not temporary but rather permanent. The LTCM fiasco should give you some guidance on this. Parameters must be adjusted in certain intervals. So, how often should I do this? The answer to that depends on the optimization and walk-forward windows during your initial backtesting of the strategy. If for example the walk-forward window is nine months then the model must be reoptimized after nine months of trading. Considering the risks involved, the statistical arbitrage strategy should have a risk limiting component. Extensive numerical simulations are necessary to derive to the optimal stop loss in case our two assets do not return to equilibrium pricing after a certain time period.

The key challenges are to find a good pair for trading, optimal entry/exit and a stop loss as an additional risk management component.

A pairs trading strategy is based on statistical concepts like mean reversion and stationary stochastic processes. We start our research by looking at correlation and co-integration between two assets. We then try to get a stationary relation that we can transform into an alpha generating trading strategy. Below plot shows a correlation matrix.

For our strategy we don’t want to look at the correlation alone but at co-integration as well. The co-integration test identifies scenarios where two non-stationary time series are integrated together in a way that they cannot deviate from equilibrium in the long term.

So far we have discussed the statistical challenges that come with finding the right pair to trade. By using the co-integration test we can say that the spread between two assets is mean reverting. In our next step we define the extreme points which when crossed by this signal, we trigger trading orders for our pairs trading strategy. To identify these points, a statistical construct called z-score is used.

The z-score is calculated from raw data points of our distribution so that the new distribution is a normal distribution with mean 0 and standard deviation of 1. With this distribution we can create threshold levels such as 2 sigma, 3 sigma, and so on.

Formula for the z-score:

Calculate z-score of s, using rolling mean and standard deviation for a time period of t intervals (moving average). The calculated value is our z. The threshold parameters are adjusted according to the backtest results.

Short asset A // Long asset B

Long asset A // Short asset B

If the spread continues to blow up we use either a stop loss or a sigma value triggering the exit condition. The condition and exact setup is defined during optimization.

After running the optimization we get the following results.

Running 1,000 simulations of random trades where each simulation starts with $100,000 and trades for four years gives us the following risk profile.

Our sweet spot is around 4%. Assuming we risk 4% per trade, we can trade 3 contracts with a starting capital of $100,000. The average drawdown is 30%. Let’s move on to the walk-forward analysis using the same parameters as before.

The validation set gives us a return of 124.5% with a winning percentage of 57.4%. Here is a detailed breakdown of the strategy performance:

The monte carlo simulation shows an average drawdown of 20% if we risk 4% per trade. The probability of blowing up our account is 2.7%. Again, we have no losing year and the winning percentage as well as the average payout ratio are both consistent across the complete validation set.

The strategy shows consistent alpha for in-sample and out-of-sample backtests. The risk profile allows the strategy to perform even better. Nevertheless, we have chosen a more conservative approach with a risk of 4% per trade since the risk of ruin is on average only 1.8% when combining both data sets – training data and validation data.

By understanding the concept of correlation and co-integration we find that trading a suitably formed pair of assets exhibits profits, which are robust to estimates of volatility. The strategy accounts for market events and uncertainty. We have accomplished this in a simple but effective way by adding another stop loss component to our trading strategy. As the results show there is an increase in buyer initiated trades (seller initiated trades) in the underpriced (overpriced) asset when mispricing occurs as arbitragers seek to profit from the mispricing between the E-mini S&P 500 and T-Bond 30Yr futures. Arbitrage opportunities are more likely to be created when the market is more volatile.

The information on this site is provided for statistical and informational purposes only. Nothing herein should be interpreted or regarded as personalized investment advice or to state or imply that past results are an indication of future performance. Under no circumstances does this information represent an advice or recommendation to buy, sell or hold any security.

The Institute May 21, 2021
Quantitative Analysis

An Introduction to Probabilistic Deep Learning Explained in Simple Terms