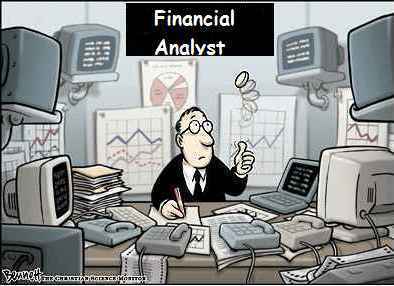 How to use Fundamental Analysis

How can you avoid the pitfalls of fundamental analysis. First of all do not do your own fundamental analysis unless you have special training or excessive experience in analyzing the data. Everybody can read the PMI and draw conclusions. But there is much more to it than meets the eye. An experienced analyst can see the links, interpret and analyze the numbers in detail. How many people look at all the data a macro indicator such as the ISM PMI has to offer? How many of them know that this is not a light switch on/off type of indicator. How many of you are aware of the fact that the New Orders Index within the ISM PMI report is  a leading indicator for the ISM PMI itself ? I think you get the point. Analysts are devoting their full time to these kind of analysis.

An important fact always to remember is that news and fundamental analysis are not the same thing. There is always plenty of bullish and bearish news in the market. Whatever happens in the market will correlate with the news in the paper. Another observation is that pending news will move the market much more than the actual reported news. So when you read the ISM PMI came in at 54 the major move already happened. Another caveat here, professional traders pay substantial amounts of money each month to get some of the macroeconomic data/news ahead of the public. Believe it or not but this is market reality. That’s why the old saying of “Buy the rumor, sell the fact” seems to work so well.

Be careful when trying to trade fundamental reports. For example, let’s assume that the WASDE report has just been released showing wheat supplies reach a 5 year high. At first glance this might seem very bearish because the supply of wheat increased substantially. But if the traders expected the report to show much higher supplies the prices might turn higher despite the bearish report.

Before you can analyze a report or trade based on the data released you must be aware of what the expectations are. Also don’t judge the market reaction immediately after the report is released. Usually it needs some time (10-15 minutes) for the market to digest the news. Most of the time the reaction of the report is either incorrect or overdone. If you plan entering the trade then look for markets where there already is an established trend and the new report confirms once more that your view is correct. One bearish or bullish report will not change the long-term trend.

You will often see the price rallying by supply concerns but those reports tend to be short-lived and long-term forecasts in these markets are most of the time overestimated. Look for a demand driven market to trade. Be patient in observing the market’s reaction to a report. Do not enter your position to early. The price swings can be severe and unpredictable. Remember the goal is not to be the first guy with the correct forecast but rather the one being able to control his risk. Position sizing, risk control and timing is key. You don’t need to catch every big move and you certainly won’t but if you can manage to find yourself on the right side of the market just 5-6 times/year when big moves happen you will have a very profitable year.

Never ever try to chase the market after a report has been released. If you are too late or find yourself on the wrong side of the market just let it be. Its human nature or to be more precise greed that makes us wait for a pullback that may never come or an entry into the market after the big price move already happened. We hope this article has provoked an idea that fundamental analysis has a place in your trading strategy but only after you have mastered the concepts and only after you know the key fundamental data that drives the particular market.