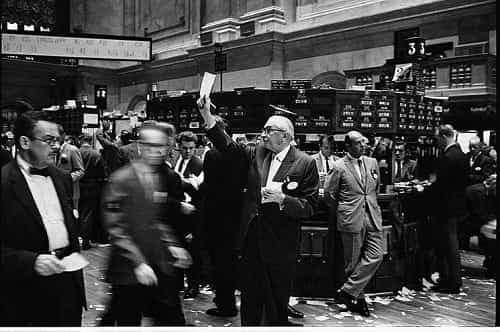 Silver Scandal: Back in April Deutsche Bank had agreed to settle allegations it had rigged the silver market in exchange for $38 million. In a curious twist, the settlement letter revealed that the former members of the manipulation cartel have turned on each other, and that Deutsche Bank would provide documents implicating other precious metals riggers. In addition to valuable monetary consideration, Deutsche Bank has also agreed to provide cooperation to plaintiffs, including the production of instant messages, and other electronic communications, as part of the settlement. The latest evidence is critical because as the plaintiffs add, the new scheme “far surpasses the conspiracy alleged earlier.”

The Deutsche Bank documents show, among other things, how two UBS traders communicated directly with two Deutsche Bank traders and discussed ways to rig the market. The traders shared customer order-flow information, improperly triggered customer stop-loss orders, and engaged in practices such as spoofing, all meant to destabilize the price of silver ahead of the fix and result in forced selling or buying.

Fiscal Stimulus: As Goldman writes in a note from this morning, “most market participants appear to be expecting fiscal policy to become more expansionary next year, but the timing of such a shift remains unclear.” In fact, according to Goldman calculations, the most likely phase in period is the very end of 2017, if not early 2018 at the earliest, to wit: “Our preliminary expectation is that the growth effects from looser fiscal policy would be concentrated in Q4 2017 and the first half of 2018.”

In our view, there are three factors that will influence the timing of any fiscal boost. First, the legislative process will take months, at least, and could push some priorities like tax cuts to the second half of 2017. Second, implementation can take longer, particularly if it involves a new program, as might be the case regarding infrastructure. Third, once a policy change has been made and implemented, it can take time for economic activity to respond; consumers might initially save some of their tax windfall before spending, and infrastructure spending can take several quarters after contracts are signed.

ECB Collateral Shortage: While most were expecting the ECB to extend its QE program by at least 6 months (it did so by 9) and not to taper (it did so by cutting the monthly purchases from €80 to €60 billion), another just as prominent question was whether the ECB would tackle the problem of collateral shortage, and if so how. While there has been a selloff in the Bund long end, the short end, especially 2Y Bunds, have seen their yields tumble to record lows as financial institutions loaded up on securities to satisfy collateral demands.

Today, the Governing Council decided that Eurosystem central banks will have the possibility to also accept cash as collateral in their PSPP securities lending (SL) facilities without having to reinvest it in a cash-neutral manner.

The overall limit for securities lending against cash collateral is set at €50 billion for the Eurosystem. To avoid unduly curtailing normal repo market activity, the cash collateral option will be offered at a rate equal to the lower of the rate of the deposit facility minus 30 basis points (i.e. currently -70 basis points) and the prevailing market repo rate.

The introduction of cash as collateral in the context of PSPP securities lending is intended to enhance the effectiveness of the SL framework, thereby supporting the smooth implementation of the PSPP as well as the euro area repo market liquidity and functioning. This technical amendment does not represent any change in the monetary policy stance of the Eurosystem. It will be reviewed in light of operational needs and the level of excess liquidity.

Italian banks after the referendum: The first casualty was Matteo Renzi’s hold on office. As he had promised, Italy’s prime minister resigned on December 7th, three days after voters rejected his proposals to overhaul the constitution. The second is likely to be a planned private-sector recapitalisation of Banca Monte dei Paschi di Siena, the country’s third-biggest bank and the world’s oldest. A government rescue was reportedly being prepared.

Monte dei Paschi has been in trouble for years. It has already had two state bail-outs and frittered away €8bn ($10bn) raised in share sales in 2014 and 2015. Its stockmarket value has dwindled to €600m, having fallen by 85% this year. Its non-performing loans (NPLs), even after provisions, are 21.5% of its total; the gross figure is 35.5%. In July it fell ignominiously short in European stress tests, ranking 51st of 51 lenders. The European Central Bank, its supervisor, asked it to raise more capital by the end of the year. This week the bank asked for more time.

Awkwardly, Italy is constrained by European Union “resolution” rules, which came fully into force this year, aimed at avoiding repeats of the bail-outs in several countries that followed the financial crisis of 2008. If banks receive state aid, they are in effect deemed bust; bondholders as well as shareholders must accept losses. In Italy, however, small investors—who are usually depositors, too—account for a large share of junior bonds. A “bail-in” of bondholders in four small banks late in 2015 caused uproar (at least one investor took his own life). The authorities have been desperate to ensure the same does not happen at Monte dei Paschi, where 40,000 households own €2bn-worth of its bonds. Again depositors are being ripped off. And yes we told you so …

In the last 36 months, Canada, Cyprus, New Zealand, the US, the UK, and now Germany have all implemented legislation that would allow them to first FREEZE and then SEIZE bank assets during the next crisis.

These moves are sold as “for the public’s good,” when they happen. But the reality is that it’s all about stopping people from having physical cash. 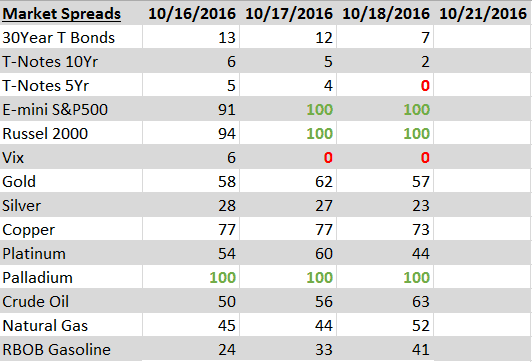 “Alongside the negative interest rate, our willingness to intervene in the foreign-exchange market as necessary constitutes a key element of our current monetary policy,” SNB governing board member Andréa Maechler said in prepared remarks to a conference in Geneva.

The use of unconventional measures poses some challenges for the implementation of monetary policy. For the Swiss National Bank, whose monetary policy is based on a negative interest rate and foreign currency purchases, it was necessary to deepen its understanding of the market, refine its analytical tools and strengthen its market contacts.

If central banks exert a greater influence on financial market prices than previously, this could result in these prices becoming disconnected from the real economic environment, and only reacting to monetary policy. In fact, we observe that some traditional relationships and correlation patterns on the financial markets have changed in recent years. However, in addition to unconventional monetary policy measures, this is also due to the globalization of financial markets and parallel economic and price developments. Moreover, the phenomenon of interpreting bad news from the economy as good news for the markets already existed before the financial crisis, especially on the equity markets. The question of just how much the greater activity of central banks on the financial markets has changed the traditional price relationships and correlation patterns is difficult to answer definitively. Ultimately, financial market prices continue to reflect investor expectations for the future development of the economy and inflation. – Andréa M. Maechler, Member of the Governing Board of the Swiss National Bank

A huge selloff on the global bond market has also seen money flow into the greenback, putting further pressure on other currencies. National Australia Bank foreign exchange strategists have forecast the Aussie dollar to drop towards US70c during 2017, and even lower in 2018.

The markets driven by Trump may be just about to have run their course for now. A rise in interest rates is, generally speaking, not good thing for stocks, especially for emerging markets. But if you think that US bond yields, which have been falling since 1982, may be bottoming out, that could mean the end of a low-growth/ low-inflation regime. – Toru Ohara, chief investment officer at Okasan Asset Management

The U.S. dollar is lower after Fischer of the Federal Reserve today said strength in the U.S. dollar will have a negative impact on exports. Longer term, however, the greenback will be underpinned by prospects of a fed funds rate increase at the Fed’s December meeting. Expect the U.S. dollar to remain firm in advance of the December 13-14 FOMC policy meeting.