The International Monetary Fund (IMF) released a report  in which it increased its forecast for China’s GDP growth by 0.3 percentage points to 6.5 percent. However, the IMF report also warned that “slow progress in addressing corporate debt” posed a risk to the forecast. China’s claims to be over the worst of its corporate debt problem seem to be wishful thinking. One thing is certain: The debt problem is real; it’s a drag on growth; and policies so far have not gotten rid of it. 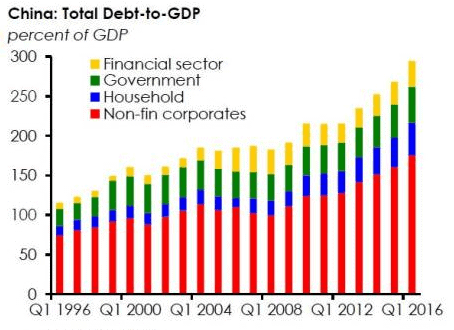 The chairman of the state-owned China Construction Bank said at the Asian Financial Forum in Hong Kong that China’s system is healthy and out of the woods because the rate of non-performing loans (NPLs) had already peaked. Obviously the market is telling another story. Business news magazine Caixin reported that a subsidiary of the Industrial and Commercial Bank of China (ICBC), the world’s largest bank, had reached deals with seven Chinese state-owned enterprises to convert approximately 60 billion yuan ($8.7 billion) of unpaid loans into equity shares.

The problem is that China’s corporate debt amounts to much more than just $8.7 billion.  It was only in October 2016 that the Bank for International Settlements (BIS) reported that China’s corporate debt was 121 trillion yuan, roughly 169 percent of China’s GDP. The IMF in a separate report the same month noted that the problem wasn’t simply a high rate of growth in Chinese corporate debt since the 2008 global financial crisis, but the fact that corporate profits have steadily declined since 2009 while the leverage ratio has increased.

The State Council, China’s cabinet, issued guidelines for reducing corporate debt and for how banks may swap bad debt to equity. The International Monetary Fund has flagged the potential threat China’s growing debt pile may pose to the banking system and global growth. Policy makers also acknowledged the potential risks associated with the new initiatives. China’s big five banks which participate in the debt-to-equity swaps program are the Industrial and Commercial Bank of China, China Construction Bank, the Agricultural Bank of China, the Bank of China, and the Bank of Communications.

China Construction Bank (CCB) has established several funds under its subsidiary that will take over the loans of Yunnan Tin Group and Wuhan Iron & Steel Group from other banks, before converting them into equity. The loans transferred to the funds managed by CCB’s subsidiary were priced at face value, reflecting their classification as normal loans. It remains our view that loan-classification standards are not necessarily comparable with international markets, in part because they may not be applied consistently and uniformly across all banks in China. This raises doubts over whether the loan valuation would truly reflect the underlying creditworthiness of the borrower and if it is really being determined by market forces.

The recent bankruptcy of Guangxi nonferrous Metals Group serves as a case in point.  Guangxi defaulted on its $2.2 billion in bonds 13 months ago and on Sept. 12, a court granted the company’s application to liquidate. Cleaning up China’s debt problem will be expensive.  The process is likely to result in gradually slower economic growth rates and greater volatility.

The rating agency Fitch said in its latest report that because debt-to-equity swaps are now allowed to be funded by “social capital” – likely to include mutual funds and wealth management products – it raises the possibility of banks retaining their exposure to corporates through complicated ownership and transaction structures that lack transparency. For example, banks exposure to troubled companies might simply move off-balance sheet if bank-linked wealth management products are used to fund swaps, said Fitch.

Australia is particularly vulnerable to being impacted by China’s economic turmoil. The most drastic outcome could see Australia’s standard of living drop and house prices rise even higher if the superpower does not embrace a major economic adjustment. 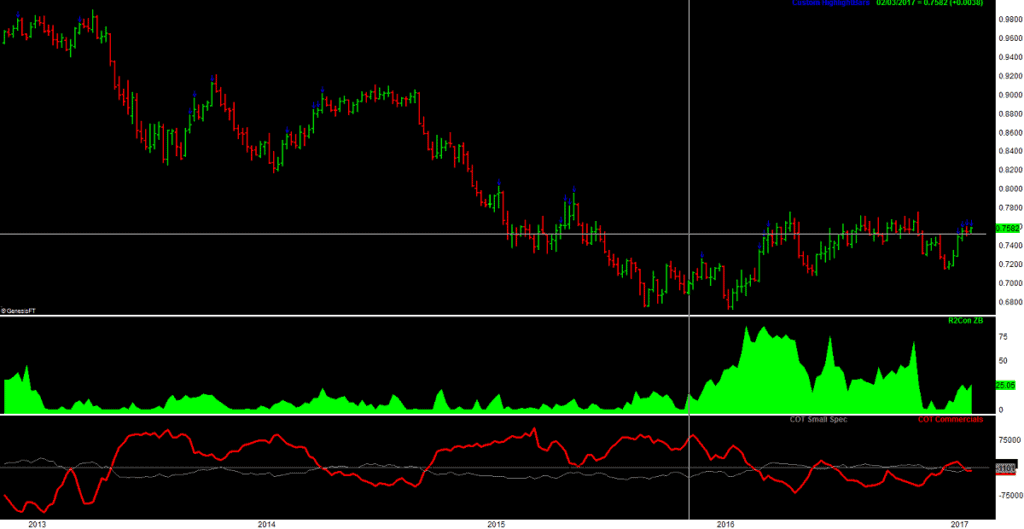 Australia exports $83B worth of goods to China. China now accounts for around a third of Australia’s merchandise exports and was responsible for an astounding 80 per cent of export growth between 2008 and 2014. The following export product groups represent the highest dollar value in Australian global shipments. Also shown is the percentage share each export category represents in terms of overall exports from Australia.

Australian meat was the only top 10 export category to appreciate during the 5-year period starting in 2011, up in value by 36.1%. Subcategory gainers include frozen, fresh and chilled red meat from cows, sheep and goats. Leading the decliners was the ores, slag and ash category, down -42%. This would suggest a major slowdown for construction in China, given that the People’s Republic is Australia’s number one trade partner. Second among the losing product categories was oil (down -35.4%), copper (down -33%) and aluminum (down -32.6%).